The SCO Samarkand Summit: Dialogue and Cooperation in an Interconnected World 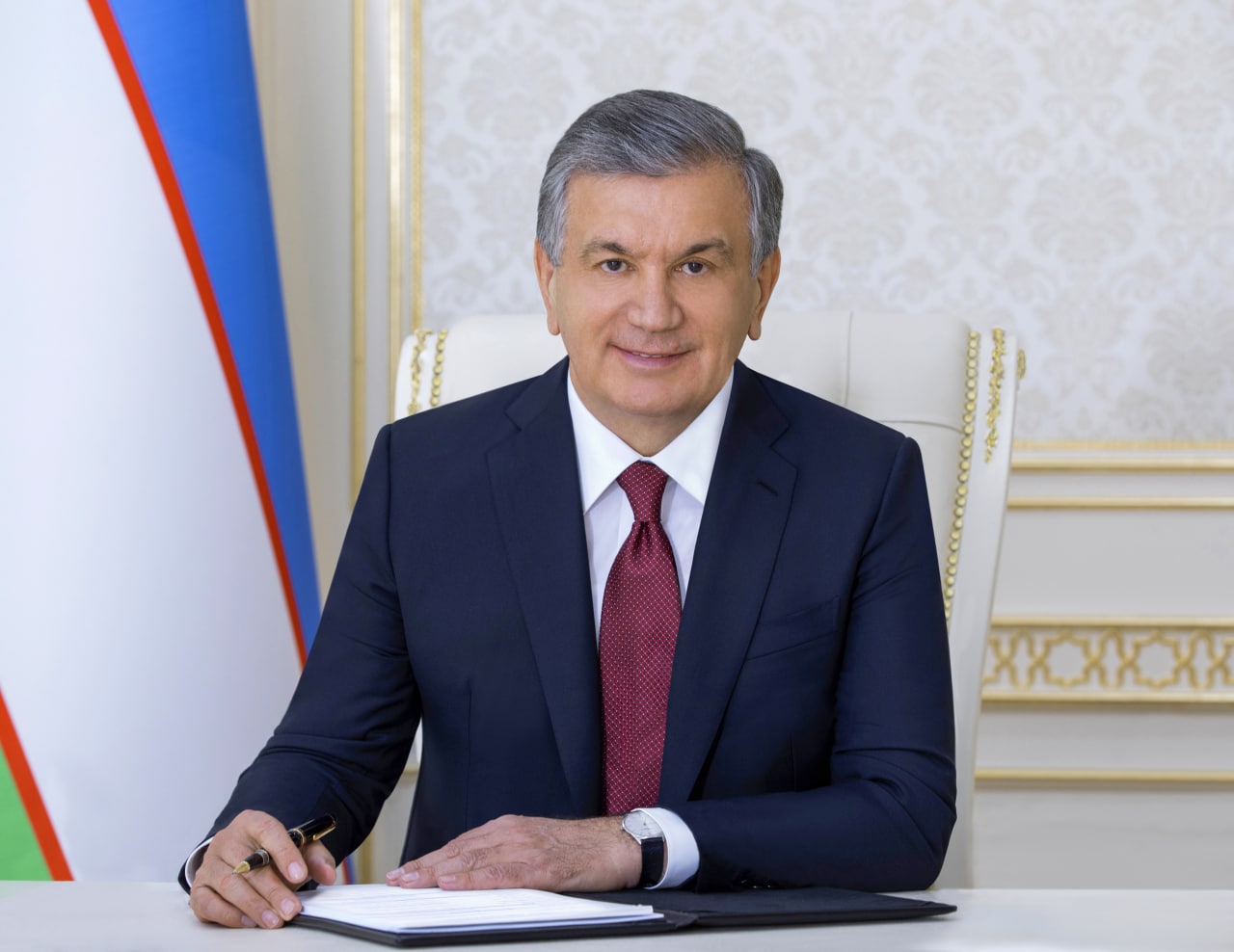 Uzbekistan’s chairmanship in the SCO has fallen on a dynamic period, fraught with various events and trends – the period of the «historical rift», when one era comes to an end and another begins – thus far unpredictable and unknown.

The modern system of international cooperation, based on the universal principles and norms, begins to falter. One of the main reasons for this is a deep crisis of trust at the global level, which, in turn, provokes a geopolitical confrontation and the risk of reviving the bloc thinking stereotypes. This process of mutual alienation complicates the return of the world economy to its former course of development and the restoration of global supply chains.

The ongoing armed conflicts in different parts of the world destabilize trade and investment flows, exacerbate the problems of ensuring food and energy security.

Along with this, global climate shocks, growing scarcity of natural and water resources, decline in biodiversity, spread of dangerous infectious diseases have exposed the vulnerability of our societies as never before. They lead to destruction of existential common goods, threatening the basis of people’s life and reducing sources of income.

In these circumstances, it is obvious that no country alone can hope to avoid or cope with these global risks and challenges.

There is only one way out of the dangerous spiral of problems in an interconnected world where we all live today - through a constructive dialogue and multilateral cooperation based on consideration and respect to the interests of everyone. It is exactly at the time of crisis, when all the countries – whether they are large, medium or small by size – must put aside their narrow interests and focus on such mutual interaction, unite and multiply the common efforts and possibilities to counter the threats and challenges to peace, security and sustainable development that are related to each of us.

The effective international cooperation makes the world more stable, predictable and prosperous. This is the most viable, accessible and closest way to solving common problems of our time as well as a universal insurance policy against the future challenges and shocks.

A Model for Successful Regional Cooperation

The international cooperation that lays in the interest of everyone is impossible without multilateral institutions. Despite the certain shortcomings, they continue to serve as the most important agents of interaction between the countries - at the regional and global levels. The international and regional organizations help countries to overcome the differences and strengthen mutual understanding, to develop political and economic cooperation, to expand trade and stimulate cultural and humanitarian exchanges.

These are the goals and objectives that are pursued by one of the youngest multilateral institutions - the Shanghai Cooperation Organization (SCO). In fact, it is a unique interstate structure that has managed to unite countries with different cultural and civilizational codes, their own foreign policy guidelines and models of national development. In a relatively short historical period, the SCO has come a long way, becoming an integral element of the modern global political and economic world order.

Today, the SCO family is the world’s largest regional organization, which has united a huge geographical space and about a half of the population of our planet. The basis for the SCO’s international attractiveness is its non-bloc status, openness, non-targeting against third countries or the international organizations, equality and respect for the sovereignty of all participants, refusal to interfere in the internal affairs, as well as prevention of political confrontation and unhealthy rivalry.

The SCO’s success concept is the promotion of multifaceted cooperation through ensuring regional security.

In fact, the Shanghai Cooperation Organization is called upon to become a pole of attraction without dividing lines, in the name of peace, cooperation and progress. Therefore, the number of states that are ready to cooperate with the SCO is growing every year, and this is especially noticeable in the context of the transformation of the modern system of international and regional relations.

The economic value of the SCO is enhanced by the self-sufficiency of its space, where there are dynamically developing economies of the world with huge human, intellectual and technological potential, and the existence of large volumes of unused natural resources.

Today, the total GDP of the SCO member states has reached about a quarter of the global figure. This is already a very solid contribution to the global sustainable development from a regional organization that has just crossed its 20-year threshold.

In a world with the new challenges and opportunities, the SCO has excellent prospects for transformation and growth, not only through quantitative replenishment, but also through the opening of new strategic vectors. These are transport and connectivity, energy, food and environmental security, innovations, digital transformation and green economy.

Accepting responsible mission of Chairmanship in the SCO, the Republic of Uzbekistan has relied on the strategy of advancing the development of the Organization by opening up new horizons for cooperation and launching usage of untapped reserves that each of its members has.

Our slogan is «The SCO is strong if each of us is strong». Implementing this, we have made serious efforts to make the Organization even stronger from the inside and more attractive from the outside to our international partners.

At the platforms of more than eighty major events held during the year, a comprehensive agenda was formed for the SCO – starting from the issues of further expanding cooperation in the security, strengthening transport and economic connectivity and positioning the Organization in the international arena up to the search for new ways and points for development.

All these promising directions of cooperation for the SCO at the new stage of its historical development are reflected in more than thirty conceptual programs, agreements and decisions prepared during our chairmanship period.

I would say even more. Uzbekistan’s chairmanship in the SCO is a logical continuation of an active and open foreign policy course that has been pursued by our country in the last six years. This policy is embodied, above all, in Central Asia, the geographical core of SCO, where positive and irreversible processes of strengthening good-neighborliness and cooperation are now taking place.

All SCO member states are our closest neighbors, friends and strategic partners.

The Chairmanship has given us a good opportunity to further strengthen multilateral collaboration and expand bilateral cooperation with each of them, as well as set new targets for even deeper partnership.

I am full of confidence that it is important and necessary for the SCO to share its success story with Afghanistan. This country is an integral part of the larger SCO space. The Afghan people need good neighbors and their support now more than ever. It is our moral obligation to extend a helping hand, to offer them effective ways of overcoming the years-long crisis by promoting socio-economic growth of the country, its integration into regional and global development processes.

Afghanistan that has played for centuries the role of a buffer in the historical confrontations of global and regional powers, should try on a new peaceful mission of connecting Central and South Asia.

The construction of the trans-Afghan corridor could become a symbol of such mutually beneficial inter-regional cooperation. It is also important to understand that by implementing joint infrastructure projects such as the Termez – Mazar-i-Sharif – Kabul – Peshawar railroad we are not just solving socio-economic, transport and communication problems, but also making a significant contribution to ensuring regional security.

By bringing our positions closer to each other, together we can develop a new SCO agenda for a more peaceful, stable and prosperous Afghanistan. Only in this way can we create a truly stable and sustainable SCO space with an indivisible security.

«Samarkand Spirit» - the Embodiment of Cooperation, Mutual Understanding and Friendship

After a three-year pandemic pause that has caused serious disruption in trade, economic and industrial ties, the countries and peoples of the SCO need to communicate directly.

The ancient city of Samarkand, the jewel of the Great Silk Road, is ready to welcome the leaders of fourteen countries with new breakthrough proposals and initiatives designed to serve for good and prosperity of the SCO and each of its members. There is no doubt that this legendary city will open another chapter of the SCO success story. Glorious historical heritage of Samarkand will contribute to this. For many centuries, this city has been threading together countries from Europe to China, merging North and South, East and West into a single node.

Historically Samarkand has been a melting pot of ideas and knowledge, that was “cooking” a common goal of living better, being more successful and becoming happier. And everybody has known that the friendly neighbors are half of your wealth, you yourself are a blessing for them, because you know that cooperation, trade, oeuvre, science, art and the best ideas do good, enrich and bring nations together.

These unique qualities of Samarkand, which today has a modern and dynamically developing infrastructure, turning it into the most suitable and demanded platform for joint discussions, searching for necessary responses to regional and global challenges.

The integrity and interconnectivity of mankind are such that most challenges require joint work not only at the regional level, but also at the global arena.

Relying on the experience of our many years of joint work, we are confident that the Samarkand SCO summit will set an example of how we can launch a new, inclusive dialogue based on the principles of mutual respect, trust and constructive cooperation for the sake of common security and prosperity.

Samarkand can become the platform that can unite and reconcile states with different foreign policy priorities.

Historically, the world looked upon from Samarkand has been seen as single and indivisible, rather than fragmented. This is indeed the essence of the unique phenomenon of the «Samarkand spirit», which can serve as the basis for a fundamentally new format of international interaction, including within the Shanghai Cooperation Organization.

The «Samarkand spirit» is designed to naturally complement the very «Shanghai spirit», thanks to which more than 20 years ago our countries decided to create a new and eagerly sought organization.

Therefore, we are confident that in Samarkand we shall witness the birth of a new stage in the life of SCO – the number of its members will grow, and its future agenda will be formed, and this is highly symbolic. We are full of optimism and are convinced that the decisions of the upcoming summit of Shanghai Cooperation Organization will make a feasible contribution to strengthening the dialogue, mutual understanding and cooperation both at the regional level and on a global scale.

Shavkat Mirziyoyev President of the Republic of Uzbekistan