Uzbekistan: A Glimpse into the Future

Building their own development models, many modern progressive states have spent hundreds of years to develop their economies, political and legal systems. Progress made by Uzbekistan in just 25 years cannot but impress, or at least draw the interest of the world community. 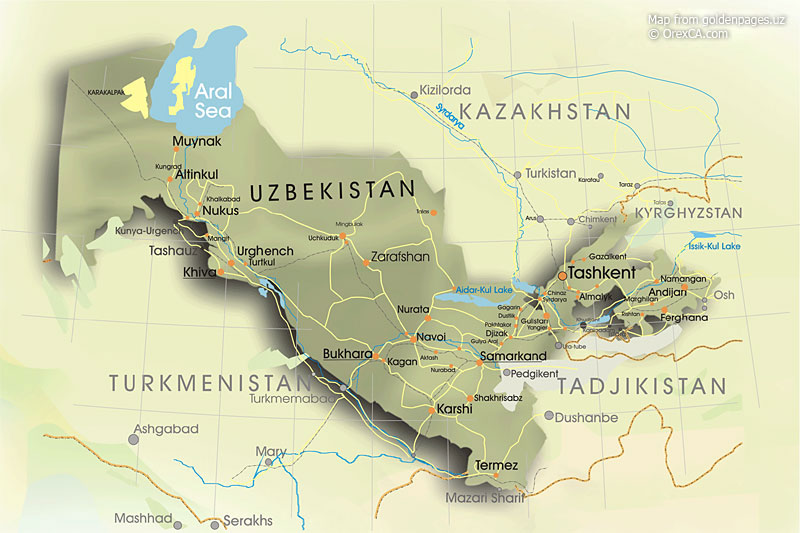 The phenomenon of the ‘Uzbek development model’ has been recognized by experts and analysts of the international financial institutions and research centers.

One of the main features in the national development strategy comes to its stepwise forward motion without abrupt upswings and changes. That largely contributed to the achievement of serious progress at the considerable part of domestic industrial enterprises, and helped the country to go through the negative impact of the global economic crisis without any tangible losses. In addition, these processes allowed better use of local raw materials and production resources, increasing the production of competitive goods, rational and efficient use of foreign exchange resources, as well as creating new jobs. 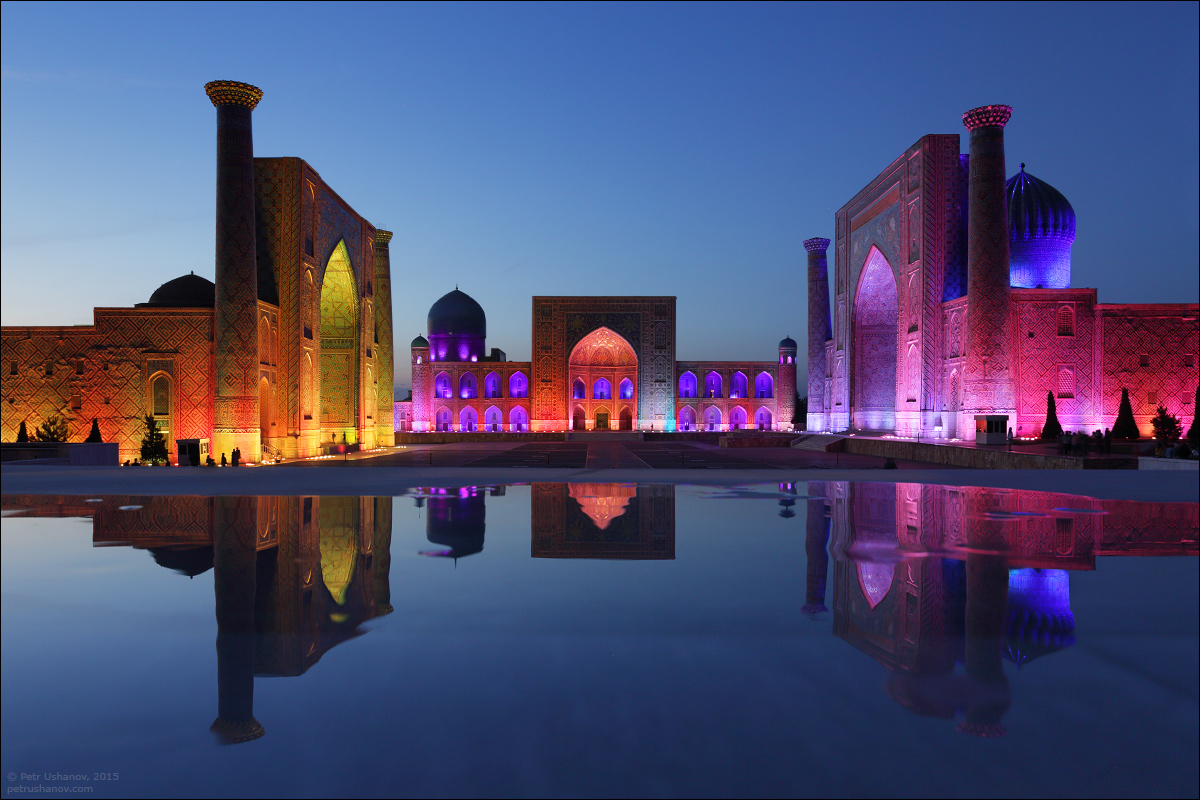 The Production Localization Program has been implemented in Uzbekistan for more than 15 years. Over the years, the production of import-substituting products has grown by more than 220 times. The estimated effect of imports exceeded $1.5 billion. More than 2,600 projects, estimated at over US $5.5 billion, were brought to completion within its framework. The localized enterprises learned to produce more than 5,000 types of manufactured commodities, substituting US $7 billion worth of annual imports volumes. The localization projects realized in the past two years have enabled indigenous manufacturers to stop importing as many as 97 product categories. What’s more, the importation of other 306 product categories have been halved.

Present Uzbekistan is a dynamically developing country with a fast-growing and socially oriented market economy. Consistent reforms have primarily resulted in stable and balanced economic growth. The World Economic Forum rates Uzbekistan as one of the world’s five top nations with the most rapidly developing economies. Over the past 10-12 years the average annual GDP growth rate in Uzbekistan has been around 8%. In 2015, Uzbekistan has become one of the 14 countries awarded for the achievement of the Millennium Development Purposes in the field of ensuring food security by the member states of the UN Food and Agriculture Organization (FAO).

Generally, over the years of independence, the country’s economy grew by almost 6 times, and real incomes of the population - by almost 9 times. Gross domestic product per capita grew to $6,900, which allowed Uzbekistan ranking among the countries with an average income.

Every year, about 60% of the State Budget is allocated to the social sector, which contributes to the preservation of the country’s stability, strengthen the faith of people in the future. Along with ongoing in key sectors of the economy reforms, market transformations are taking place in the health, education, culture and art, physical culture and sports.

The annual expenditure of the State Budget for education and training totals 10-12% of the GDP, which is almost twice the UNESCO recommendations on the size of investments that should be addressed in this area to ensure stable development of the country – 6-7%.

The structure of Uzbekistan’s exports has changed dramatically as a result of the diversification of the industrial structure. In the beginning of the 1990s the country’s exports were mainly dependent on cotton (60% of total exports), while now almost 80% of the country’s exports of finished products is represented by cars, buses and trucks, a wide range of home appliances, cellular phones, fruits and vegetables, textile and leather products, medicines, modern cable-conductor goods, construction materials, fertilizers and more. The number of new plants put into operation in the Republic is staggering, indeed: the plants manufacturing buses in cooperation with the Japanese company Isuzu and trucks jointly with MAN, a German company, both based in the town of Samarkand; the Bukhara Oil Refinery; the Shurtan Gas-Chemical Complex and the Ustyurt Gas Chemical Complex; and the entirely reconstructed Fergana Oil Refinery. As a consequence, serious qualitative changes took place in the sectoral structure of the Republic’s manufacturing.

Today’s official figures provide the clearest illustrations: industry is an engine of the country’s economic growth; at the same time, the share of agriculture in the structure of the national economy has dropped to 18 per cent, while the services sector’s share has gone up from 33 per cent to 47 per cent, which is characteristic of rapidly developing economies.

Small Business has turned into the flagship engine of the national economy. Today more than 90% of all businesses are small or private business entities. Over 56% of GDP, 32% of industrial output and almost all agricultural production accounts for small business. The private sector is now the main source of growth of incomes of local population.

Over the last four years alone, Uzbekistan approved more than 15 laws aimed at enhancing the role and protection of private property, the further improvement of the business environment and business management, including the laws ‘On protection of private property and guarantees for owners’ rights’, ‘On guarantees for freedom of entrepreneurship’, ‘On licensing procedures in business’, ‘On the competition’, ‘On the family business’.

The last one «On additional measures to ensure the accelerated development of entrepreneurial activity, comprehensive protection of private property and substantial improvement of business climate» was adopted on 5 October 2016. It is aimed primarily at further strengthening the legal protection of private property, creation of favorable conditions and comprehensive support for small business and private entrepreneurship, increasing the investment attractiveness of the Republic and is a clear evidence of the transition of state policy in this sphere to a qualitatively new level.

The World Bank’s report “Doing Business” ranked Uzbekistan one of the world’s top ten state-reformers for the creation of the most auspicious conditions for doing business in 2014-2015. By its experts’ estimates, Uzbekistan these days spends less time to set up a business than Japan (1.5-fold), Germany (1.6-fold), Greece and Israel (twice as much), Spain (2.2-fold) and China (4.8-fold). Moreover, the tax burden on small business in Uzbekistan is tangibly lower than in the US, Canada, Germany, Austria, France, Italy, Spain, Greece, Japan, China, India, Belarus and a number of other countries.

IT sphere has turned into one of the most important indicators of the country’s development and a driver for bringing the economy to a new level. Today, the country’s information and communication technologies move forward not just adapting the foreign products, but also inventing something own. Programmers and inventors actively apply technical tools, offering domestic users the unique products that are adapted to local conditions.

Manufacturing industry has launched the production of many new high-tech product categories, such as electro-technical goods, polyethylene, polypropylene, spare parts and components for mechanical engineering and other industrial sectors, consumer electric appliances, including washing machines, gas cookers, air-conditioners, vacuum cleaners, and a lot of other product groups.

The country lives in the present, while building the certain, financially stable and economically balanced tomorrow. By the end of 2019, Uzbekistan is planning to implement 870 big investment projects totaling $38 billion. The projects are envisaged by the Program of Measures on Ensuring Structural Reforms, Modernization and Diversification of Production for 2015-2019. In particular, it provides for the establishment of 415 new companies, and upgrade of 455 operating industrial enterprises. Its implementation is expected to ensure the growth of industrial production by 1.5 times in 5 years, and increase in the share of industry in GDP from 24 to 27% by 2020. It also envisages the creation of 52,000 new jobs.

According to experts, the new program will fundamentally differ from the previous ones primarily by the focus on the accelerated development of high-tech industries, which should ensure the production of export-oriented, domestically and externally marketable products.